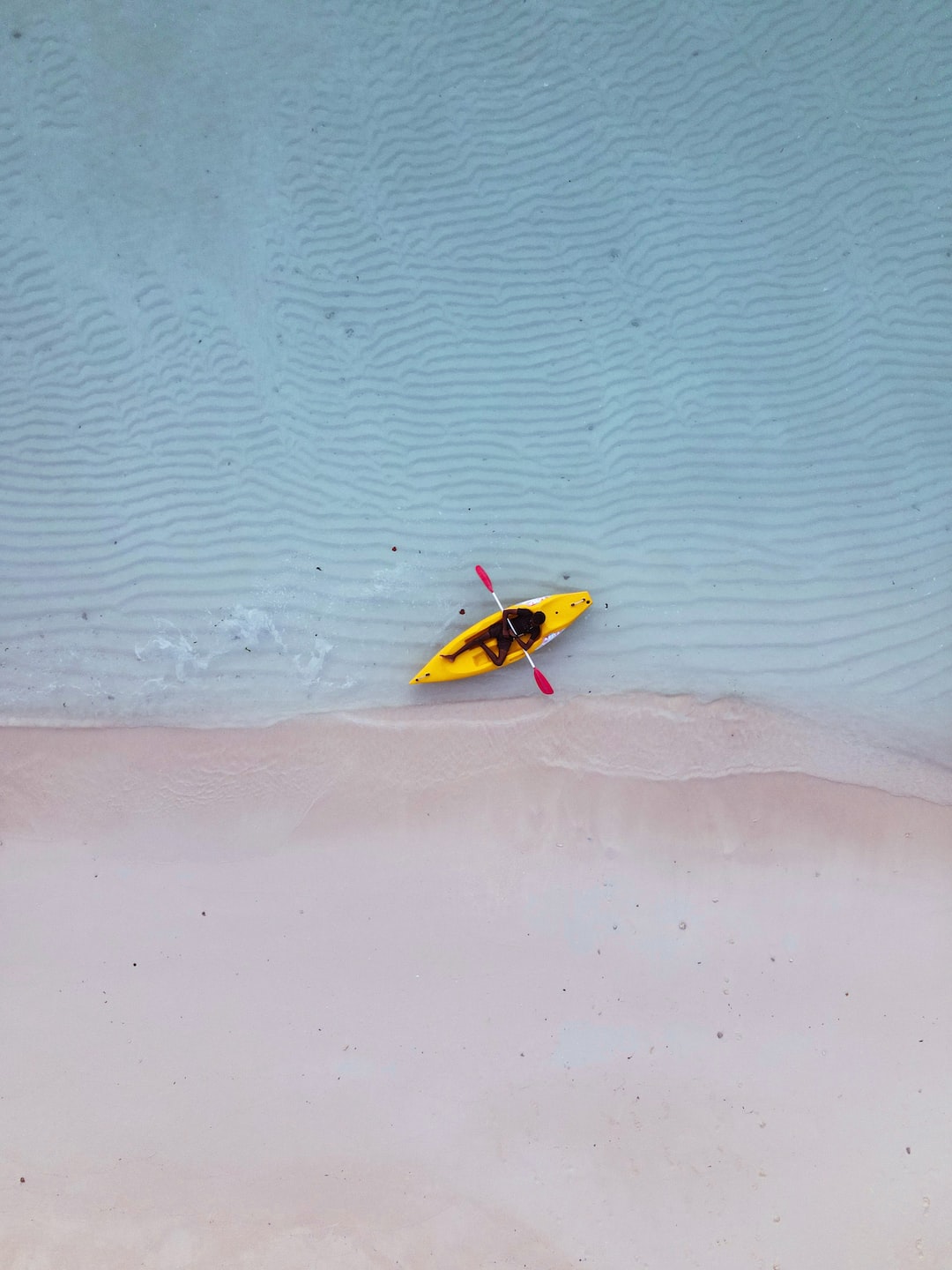 A second coronavirus vaccine has now joined the fight against COVID-19 in the United States.

On December 18, the U.S. Food and Drug Administration authorized Moderna’s vaccine for emergency use in people 18 years or older. The decision follows a thumbs-up vote from a panel of experts that convened on December 17 to discuss vaccine data that the biotechnology company had collected from its ongoing clinical trial.

The vaccine joins a similar one from pharmaceutical company Pfizer and its German partner BioNTech, which was authorized December 11 and has begun to be administered to people in high-risk groups in the United States, including health care workers and people living in nursing homes (SN: 12/11/20; 12/1/20).

Here’s a look at how the two vaccines stack up against one another.

Both clearly protect people ranging in age from 18 to older than 65 from developing COVID-19 symptoms.

Both Moderna’s vaccine — developed in collaboration with the U.S. National Institutes of Health — and Pfizer’s exceeded expectations in clinical trials.

In documents provided to the FDA for review, Moderna reported that their Phase III clinical trial, which includes more than 30,000 people, showed that the vaccine was 94.1 percent effective at preventing those who received it from developing COVID-19 symptoms. The biotechnology company had previously released the finding, determined two weeks after participants received a second dose of the vaccine, in a Nov. 30 news release (SN: 11/16/20). Pfizer’s vaccine is similarly effective at preventing symptoms, with an efficacy of 95 percent.

The comparable results are likely because the pair of COVID-19 vaccines are “a lot more alike than they are different,” says Susanna Naggie, an infectious disease physician at Duke University. “I think that’s why we are seeing a very similar profile in terms of the early efficacy data.”

For Pfizer, that efficacy was comparable across age groups ranging from 16 to 89 years old. Among Moderna clinical trial participants aged 18 to 64 years old, the vaccine was 95.6 percent effective. But in people older than 65, it had a lower efficacy of 86.4 percent.

That difference, however, is based on a small number of cases from that older age group — four in the vaccine group and 29 in the placebo group — and is not statistically significant, Jacqueline Miller, head of the Moderna’s infectious disease development, said in the Dec. 17 FDA advisory hearing. The vaccine’s “efficacy in the elderly is consistent with its efficacy in the overall population,” she said.

Moderna’s vaccine might provide better protection after the first dose.

While both vaccines require two doses to give people the best protection, early evidence hints that Moderna’s may do a better job fending off symptoms as early as two weeks after the first dose.

Pfizer’s vaccine regimen includes two shots spaced 21 days apart; Moderna’s two doses are separated by 28 days. After people in the Pfizer trial were given their first dose, there were 39 COVID-19 cases in the vaccine group and 82 in the placebo, giving the vaccine an efficacy of 52.4 percent. Moderna’s, on the other hand, had an efficacy of 80.2 percent after the first dose.

In Moderna’s trial, however, that efficacy is based on a relatively low number of cases  — 39 in the placebo arm versus seven in the vaccine arm — in only a subset of the trial participants. And nearly all participants went on to receive Moderna’s second dose, making it difficult to know for sure how well people are protected from a single injection.

Moderna’s vaccine may be better at preventing severe symptoms, but it’s too soon to know.

Moderna’s vaccine initially showed an impressive 100 percent efficacy at preventing severe symptoms in people who received it. While 30 people in the clinical trial’s placebo group developed severe disease, no vaccinated person did. Since that analysis occurred, however, one person in the vaccine group may have developed a severe case, but that is not yet validated, Rachel Zhang, a medical officer with the FDA, said in the Dec. 17 hearing.

Pfizer originally announced in a Nov. 18 news release that its vaccine appeared to prevent people from becoming severely ill as well. But there have been too few cases in that trial to know for sure, experts say (SN: 11/18/20; 12/10/20). Four Pfizer trial participants developed severe COVID-19, three of whom received the placebo.

Unlike Pfizer, Moderna has preliminary data that suggest its vaccine stops infection, not just symptoms.

Some early data suggest that the Moderna vaccine might protect vaccinated people from asymptomatic infections as well as symptomatic disease. While it’s clear that the vaccine, along with Pfizer’s, prevents people from developing COVID-19 symptoms, stopping infections entirely is crucial to curb the coronavirus’ spread and build immunity in communities.

Of more than 14,000 people who received a placebo, 38 tested positive for the coronavirus — without showing symptoms —  after their first injection but before their second. Only 14 who received the Moderna vaccine, however, were asymptomatic carriers of the virus when those people were tested before their second dose, the company reported. That two-third reduction in COVID-19 cases without symptoms in the vaccine arm of the trial compared with the placebo group hints that some infections could be prevented, even after a single vaccine dose.

Pfizer hasn’t yet released any data showing whether its vaccine prevents asymptomatic COVID-19 cases. But because it works much like Moderna’s does, “I don’t think there’s any reason to believe that there will be a difference between the two,” Naggie says.

The vaccines both use a genetic molecule called mRNA that is enclosed in a nanoparticle to deliver instructions to cells to make the coronavirus’ spike protein, which the virus uses to break into cells. The immune system then learns to recognize and defend against the spike when it is encountered in an infection.

Both vaccines trigger similar side effects, though questions remain about serious allergic reactions.

Each vaccine can induce similar side effects after being injected into the body. “It pretty universally causes arm pain,” Cox says. Such “systemic” symptoms like fatigue, chills, body aches or headache were also common among participants in both trials, particularly after the second dose.

But “tenderness, swelling and [the rates of] some systematic symptoms are a bit higher” with Moderna’s vaccine than Pfizer’s, Cox says. That could be because Moderna included more mRNA in each dose, sparking rapid and strong symptoms as the immune response reacted to foreign material, Cox says.

Those types of side effects are not unusual with vaccines. “In fact, it shows that your body is developing a robust immune response, which is exactly what you want,” Naggie says.

There have also been some isolated cases of Bell’s palsy, a temporary weakness or paralysis of facial muscles, in both vaccines’ trial participants. More of those cases have occurred in the vaccine arms of both Moderna’s and Pfizer’s trials than in the placebo groups, raising concerns that they could be occurring in response to the COVID-19 vaccines.

See all our coverage of the coronavirus outbreak

But those cases are still rare overall in both arms of the trials, Cox says. And “it’s important to remember that viruses also cause Bell’s palsy,” she says. So, it’s possible that while the vaccines do spark some cases, rates of Bell’s palsy may ultimately be lower in vaccinated people than what might occur after a coronavirus infection. In the Dec. 17 hearing, FDA officials recommended that experts continue to monitor vaccinated people for Bell’s palsy, but could not yet pinpoint whether the vaccines are behind the cases.

Since Pfizer’s vaccine rolled out in the United Kingdom and the United States, some health care workers have experienced more severe reactions that didn’t occur in the clinical trials. Two people in the United Kingdom had allergic reactions to the vaccine, as did three people in Alaska. The U.S. Centers for Disease Control and Prevention recommends that clinics monitor people for allergy symptoms after vaccination and have treatments like epinephrine on hand.

More doses of Moderna’s vaccine will be initially available in the United States.

In July, Pfizer agreed to supply 100 million COVID-19 vaccine doses to the United States by the end of March 2021 — enough to vaccinate 50 million people, given that each vaccination requires two shots. But officials reportedly declined to purchase more of that vaccine when given the option, limiting the number of initial doses available. Some Pfizer vials, which are typically filled with five doses of the vaccine, hold more than the allotted amount, the FDA said via Twitter on December 16. Officials advise using every full dose from each vial, allowing health care workers to vaccinate more people.

Moderna, on the other hand, has plans to deliver 200 million doses in the United States, enough to vaccinate 100 million people by the end of March. Of those, the company plans to ship out around 20 million doses before the end of 2020. Another 80 million will be delivered in the first quarter of 2021.

Moderna’s vaccine doesn’t have to be kept quite so cold, so it should be easier to distribute.

One big distinction is how the vaccines must be stored. Pfizer’s vaccine must be kept in special freezers at an ultracold –70° Celsius, while Moderna’s is fine at a standard freezer’s temperature of –20° C (SN: 11/20/20). Moderna’s vaccine can also survive for up to a month in a refrigerator. Because Moderna vaccine doses can be stored at higher temperatures, its distribution should be easier to manage than Pfizer’s.

“I think that’s good that we have some flexibility here,” Naggie says.

Some hospitals are capable of keeping Pfizer’s vaccine in ultracold storage for long periods of time until those doses are thawed for use. Clinics that don’t have ultracold freezers can turn to the shot from Moderna. And in the future, there will likely be vaccines from other companies as well — such as AstraZeneca or Johnson & Johnson — that can be kept in the fridge for even longer.

For now, it’s thrilling to have two vaccines available, Naggie says, who received her first dose of Pfizer’s COVID-19 vaccine on December 16. “Being in line to get my vaccine … there is a feeling of hope and I think that’s amazing.”

Trustworthy journalism comes at a price.

Scientists and journalists share a core belief in questioning, observing and verifying to reach the truth. Science News reports on crucial research and discovery across science disciplines. We need your financial support to make it happen – every contribution makes a difference.