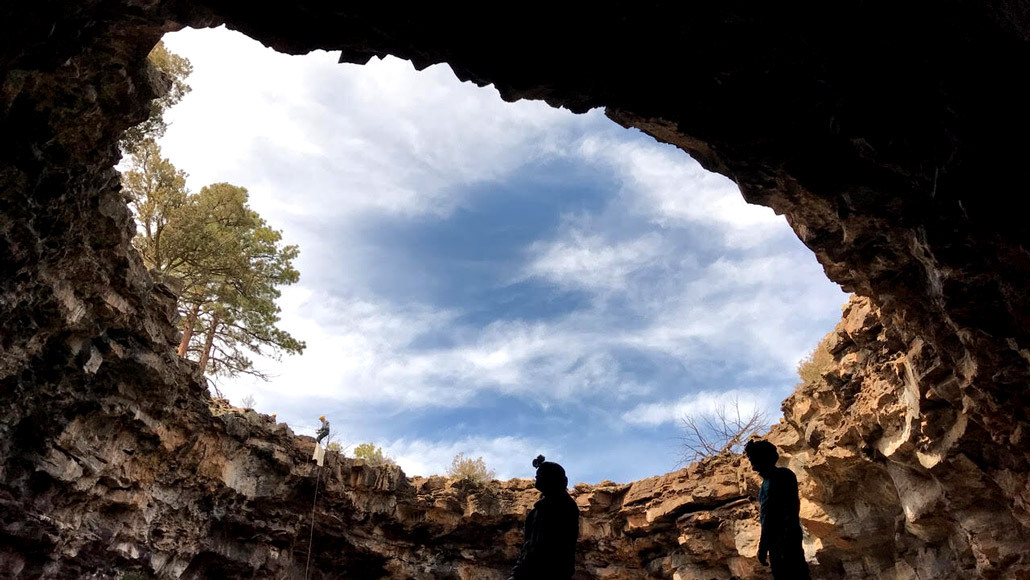 During a dry summer nearly 2,000 years ago, people living in what is now western New Mexico crawled into the cold, dark belly of a volcanically formed cave to melt the icy water in their hearts. An ice suggests a new study. The ice preserved in these naturally cool formations could help the ancestral peoples of the region to persevere during five drought events over 800 years.

A new analysis of carbon particles from around 150 AD. provides the first dated evidence that ancestral peoples used fire to melt ice trapped deep in lava tubes when liquid water was scarce, researchers reported Nov. 18 in Scientific Reports. at remarkable lengths to survive in an often hostile environment.

“This study demonstrates the ingenuity of the natives who used the area,” says Barbara Mills, an anthropological archaeologist at the University of Arizona in Tucson who did not participate in the study. "It also shows how knowledge about trails, caves and gathering practices has been passed down over many centuries, even millennia."

Ancestral peoples, forerunners of today's peoples and the builders of the famous cliff houses of Mesa Verde, have survived in the arid southwestern United States for more than 10,000 years. The key to that survival was finding creative ways to draw water from an unforgiving environment.

In April 2017, a team led by paleoclimatologist Bogdan Onac of the University of South Florida in Tampa traveled to El Malpais National Monument in New Mexico to collect ice cores from the park’s icy lava tubes in hopes of extracting ancient weather data. Lava tubes are an empty space that leaves lava flowing, a relic of the area’s volcanically active past. Far from their fiery beginnings, the caves maintain a constant temperature around 0 ° Celsius (32 ° Fahrenheit) that can preserve accumulated ice (and anything trapped inside the ice) for hundreds of years. The cylindrical shape of the tubes causes the cooler, denser air to sink to the ground and push warmer, lighter air up and out.

Onac and his team initially planned to only extract data from the ice paleoclimate, but found much more when they reached cave 29. The inside of the 171-meter-long lava tube was covered with coal deposits concentrated around what was previously about 1,000 -square block of square meters.

The team recovered a 59-centimeter-long core sample of what was left of the ice block and noticed five distinct black bands that broke its length. The presence of charcoal suggested fire and the presence of fire in an icy cave suggested human activity. Even more exciting, the position of the charcoal on the ice acted as a time capsule that allowed researchers to date periods of human activity. “When we took out the core and saw the charcoal, obviously we just jumped everywhere because that meant we would have a chronology,” Onac says.

Researchers layers of radiocarbon-dated charcoal preserved in an ice core in cave 29; its alignment with known drought events over 800 years suggests that people repeatedly used the cave as a source of fresh water during dry periods.Bogdan Onac

They fused the core and radiocarbon dated the pieces of coal inside. Those dates – ranging from 150 AD. until 950 AD. – corresponded to drought events recorded in the rings of trees in the surrounding area (SN: 01/06/20). Chronological aligners of the five charcoal bands with drought events suggest that hunters and travelers have been tracking accessible water for survival and ceremonial practices for hundreds of years, researchers say.

“The correlation of radiocarbon dates with drought periods is remarkable,” Mills says.

Investigators have already suspected that ancestral peoples exploited lava pipes in the area to get fresh water. Ancient road networks traverse the treacherous terrain of lava flows and pieces of pottery and charcoal have been found at and around cave entrances. But the evidence so far has been largely circumstantial.

A fragment of charcoal-clad pottery, dated to 1097 AD, found sitting on the ice block provided further evidence of human activity inside the cave. The recent emergence of the ceramic piece of the melted ice block has been exciting and troubling, says Onac, as it illustrates how quickly the ice melts as the weather warms.

Photographic evidence suggests that about 30 inches of ice has melted since the 1980s, which Onac estimates could represent hundreds of years of lost data. “We need to move fast because it melts pretty fast,” Onac says.