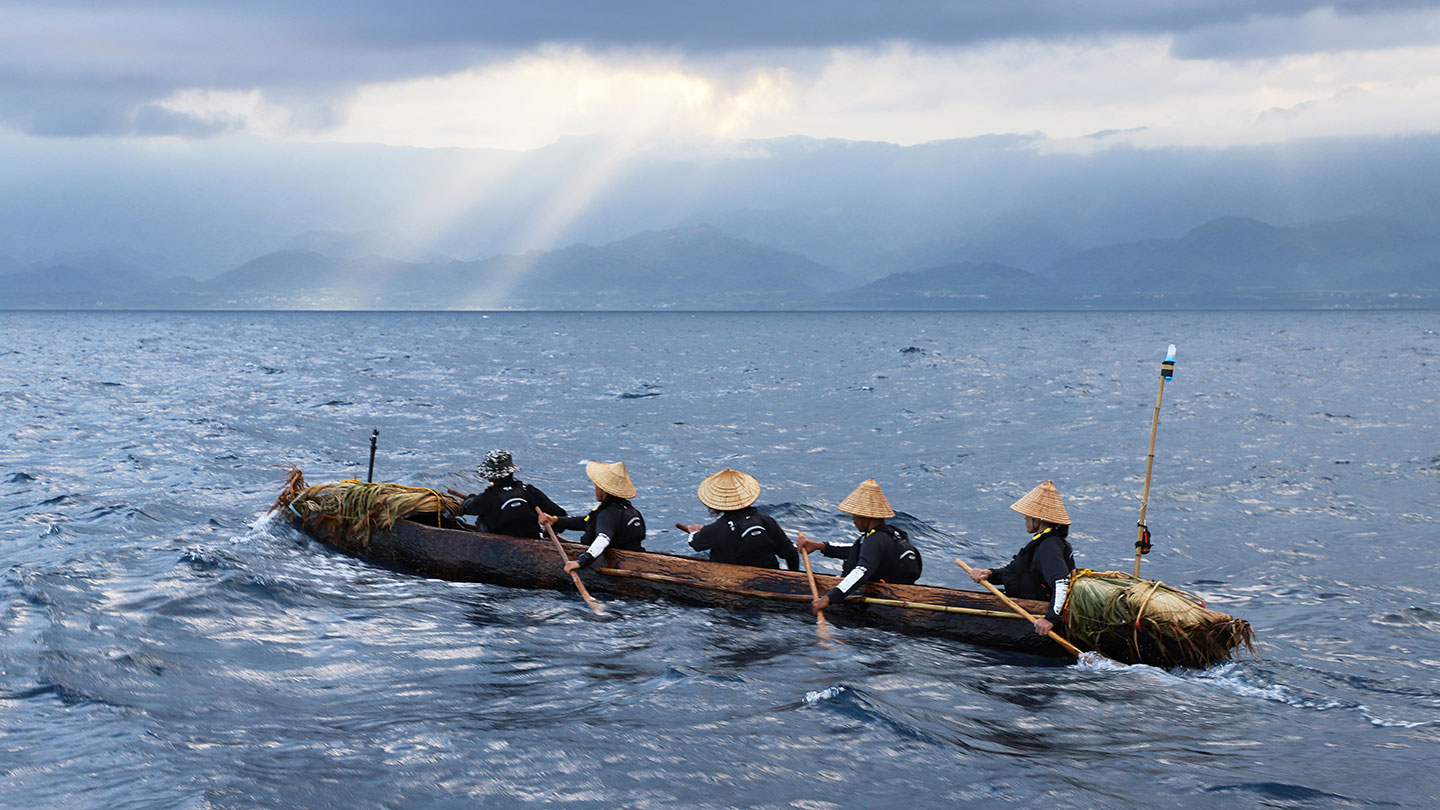 By Bruce Boitnott on 3rd December 2020

Long ago, ancient sailors successfully sailed on a dangerous ocean voyage to reach the Ryukyu Islands of Japan, a new study suggests.

Archaeological sites on six of these islands, which are part of a 1,200-kilometer-long chain, indicate that migrations to the islands occurred 35,000 to 30,000 years ago, both from the south via Taiwan and from the north via the Japanese island of Kyushu.

But it is unclear whether ancient humans sailed there on purpose or drifted there by accident into the Kuroshio Ocean Current, one of the largest and strongest currents in the world. The answer to that question could shed light on the knowledge of these Stone Age humans as sailors and their mental abilities in general.

Now, satellite-tracked buoys that simulated wild rafts suggest that there is little chance of seafarers reaching the islands by accident.

The researchers analyzed 138 buoys that were released near or past Taiwan and the Philippine island of Luzon from 1989 to 2017, deployed as part of the Global Drifter Program to map surface ocean currents around the world. In the findings posted online Dec. 3 in Scientific Reports, the team found that only four buoys reached less than 20 kilometers from any of the Ryukyu Islands, and only did so as a result of typhoons and other adverse weather conditions.

Ancient sailors are unlikely to set out on a voyage to the ocean with a major storm on the horizon, say colleague paleoanthropologist Yousuke Kaifu of the University of Tokyo. As a result, new findings indicate that the Kuroshio current would have forced the drifters instead of heading to the Ryukyu Islands, suggesting that anyone who made the crossing did so intentionally rather than accidentally, Kaifu says.

Geological records suggest that currents in the region have remained stable for at least the last 100,000 years. Therefore, it is reasonable to conclude that these buoys mimic how well the old drifting boats may have come out in the same area, the researchers say.

“From a navigation perspective, crossing the Ryukyus has been so challenging that accidental drifting models are unlikely to provide an effective explanation,” agrees archaeologist Thomas Leppard of Florida State University in Tallahassee, who did not participate in the research. This new work "is not, of course, conclusive, but it is suggestive."

Stone tools and the killed remains of a rhino suggest that archaic human lineages such as Homo erectus may have crossed seas similarly at least 709,000 years ago. And artifacts found in Australia suggest that modern humans may have begun traveling across the ocean at least 65,000 years ago (SN: 7/19/17). But it is still widely debated whether human ocean voyages during the Paleolithic, which lasted from about 2.6 million years ago to about 11,700 years ago, were generally made accidentally or intentionally.

Other data suggest that ancient humans may have deliberately made the trip to the Ryukyu Islands. In 2019, a team of adventurers managed to paddle more than 200 kilometers from Taiwan to Yonaguni in the archipelago using a dugout canoe that Kaifu and his colleagues made with stone axes modeled on Japanese Paleolithic artifacts.

Although Paleolithic people are often perceived as primitive and conservative in their goals, “I feel something very different from the evidence of human presence on these remote islands,” Kaifu says.